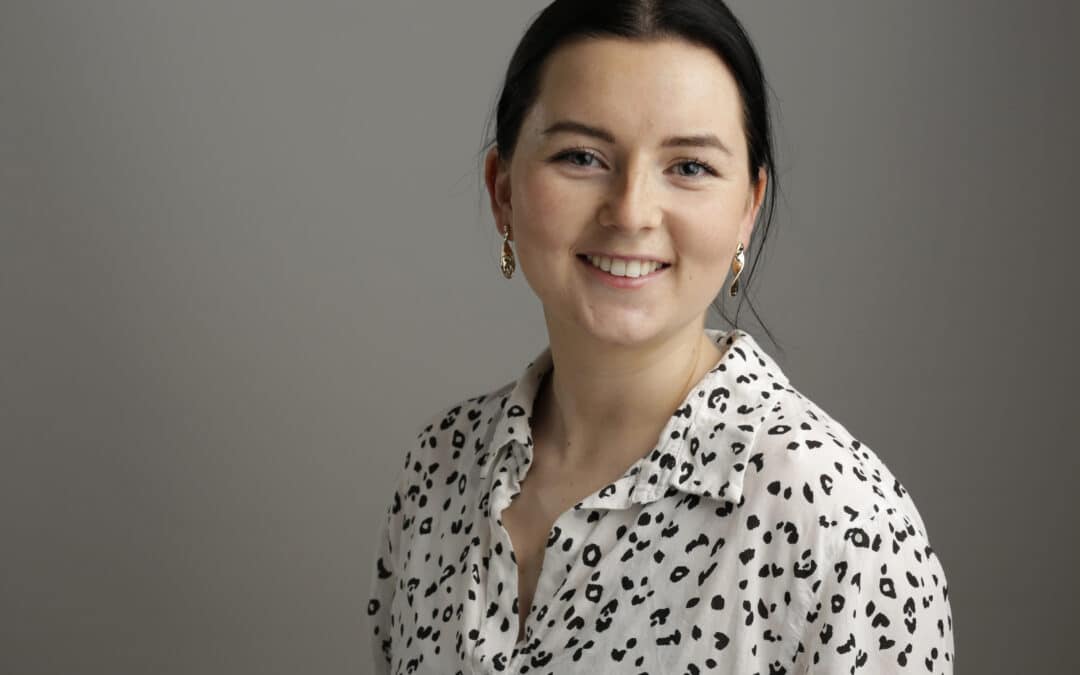 I joined The HR Booth in March 2021 as an HR Assistant after a particularly difficult few months. I was in my final year at Strathclyde University in 2020 when COVID struck, and after classes were moved online and my future in my part-time job became uncertain, I had to make the choice to move back in with my parents and complete my final exams from my bedroom. It was an odd experience to say the least, and once they were over I couldn’t even leave the house to celebrate as we were still in lockdown. My entire university experience ended when I left a lecture on a random Thursday in March and I didn’t even know at the time that I wouldn’t be going back.

Getting my results was absolutely the highlight, being able to tell my parents I got a first felt amazing, but I couldn’t help but think about the fact I wouldn’t actually be getting a graduation. Over a full year later I’ve just bought myself a cap and gown because even if I can’t have the ceremony, I’m determined to get some pictures!

Returning to Work After Lockdown

As the economy began to open up later in the summer I managed to go back to work, but I now lived an hour and 30 minutes away. We were also working with reduced hours and being on zero hours contract, safe to say I was struggling financially. I was applying to pretty much every job I could find, but given the state of the labour market, there was a huge amount of competition. I would spend hours completing cover letters, recorded interviews and psychometric tests only to receive an automated rejection email an entire 6 months later.

By Christmas we were going into another lockdown, and in early January I was laid off. Things were not looking great. Although I might not have known it as I was signing onto universal credit, the light at the end of the tunnel was in sight. If I had never been laid off, I never would have had to claim universal credit and therefore never would have known about The HR Booth’s Kickstart vacancy.  Although the advertisement was for a marketing assistant, my job coach knew I had a degree in HR so referred me for the role anyway. I didn’t even meet all the criteria, and didn’t actually have a lot of marketing knowledge, but thought I would chance my luck anyway in case they would be willing to offer me an HR role.

And here I am, at what would have been the end of my 6 month kickstart placement, with a permanent position in HR. The HR Booth, as a small business, has been worlds away from my experience in work up until now. I’ve learnt so much from my colleagues and I am so grateful for how they have taken every opportunity to invest in my personal development, through work, webinars, team meetings, really every way they can.

I would never have found this job if I hadn’t been laid off, and I think that is truly the definition of ‘landing on your feet’. I feel so lucky to be part of such a knowledgeable and welcoming team during such an exciting period of growth, and I can’t wait to see where the future takes us.

Find out more about our HR Consultants and advisory team on our website now.