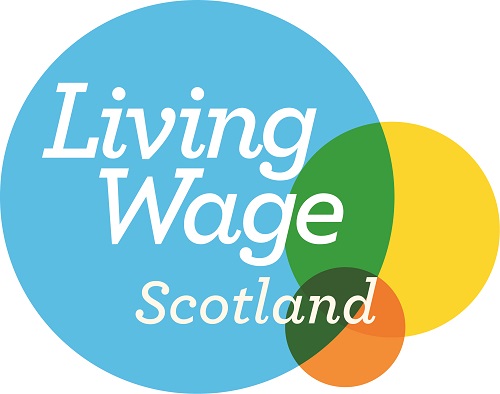 We are proud to announce that we have become accredited as a Living Wage employer. The Living Wage commitment will see everyone receive at least a minimum hourly wage of £9.90 per hour. This new Living Wage rate was announced on Monday 15th November as part of Living Wage Week. This hourly rate is significantly higher than the government minimum for over 23s, which is currently £8.91 per hour.

In Scotland, more than 14% of all jobs pay less than the real Living Wage – around 330,000 jobs. With fuel prices and living costs sharply increasing, it’s never been more important to join the Living Wage movement. It’s important to us that we pay our employees fairly and in line with the rising cost of living. It’s not only the right thing to do, it also shows the team how much we value them.

Lynn Anderson, Living Wage Scotland Manager said: “We’re delighted that The HR Booth has become an accredited Living Wage employer. During Living Wage Week, it’s important to highlight those employers such as The HR Booth that have done right by workers and families, providing them with much needed security and stability even when times are hard. They join a growing movement of over 2400 employers in Scotland who together want to ensure workers have what they need to thrive.”

Alistair Booth, Managing Director said: “We are already paying the Living Wage but it was important to me that we became accredited as we’re advising a number of the businesses we support on this subject and the importance of being a Living Wage employer.  As such, being accredited ourselves allows us to have these conversations with other businesses in the knowledge we are leading by example.  What this also means is that any future Kickstart placements or Modern Apprentices we hire will be paid at least the Living Wage.  We are committed to supporting and developing young talent and this approach will be a key strategy in our business growth over the coming years.  Being a Living Wage employer sends out a positive message to prospective candidates as we continue to develop our own workplace culture.”

Living Wage Scotland was established in April 2014 by the Poverty Alliance. They are in partnership with the Living Wage Foundation and funded by the Scottish Government. Their main aim has always focused on increasing the number of employers in Scotland who pay their staff the real Living Wage.

The Poverty Alliance is the national anti-poverty network in Scotland. They work with people and communities affected by poverty to take action, provide support, and influence policies solutions.

Accredited Living Wage employers in Scotland span public, private, and third sectors. Small and medium businesses make up 75% of the total number of employers and more than half of Scotland’s local councils are accredited.

Peter Kelly, Director of The Poverty Alliance said: “We all need an income that is enough to cover our needs and protect us from poverty, and it’s only right that employers pay a wage that reflects the cost of living. Too many workers in Scotland are paid less than the real Living Wage and, at a time of rising costs, are struggling to stay afloat. The real Living Wage can offer protection from those rising costs.”

The RLW is the only rate calculated according to what people need to survive. It gives a voluntary benchmark for employers to ensure their staff earn a fair wage. The UK Real Living Wage is currently £9.90 per hour. There is a separate London Living Wage rate of £11.05 per hour. The rates are calculated annually by the Resolution Foundation and overseen by the Living Wage Commission. This is based on the best available evidence on living standards in London and the UK.

Since 2011 the Living Wage movement has delivered a pay rise to over 52,000 people in Scotland and put over £310 million extra to low paid Scottish workers. Not only is offering the living wage to employees the right thing to do, it also offers business benefits. According to the Living Wage website, 86% of businesses have claimed that it has improved the reputation of their business. If you’re looking to attract and retain good employees, the first place to start is by paying them fairly.

58% of businesses also say that it has improved relationships between managers and their employees. You can find out more HERE

If you would like to find out more about becoming a Real Living Wage employer, feel free to contact us now.